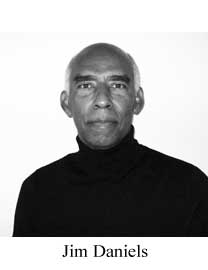 Those among us who are immigrants to these shores, should be careful to invest some time to understand the African American experience in the same way we oftentimes explain the British colo­nial experience to Americans. One of the things that we all should understand is what is meant when Americans, both black and white, refer to something called Jim Crow.

Why does this name evoke such strong emotions among African Americans in particular? It is now getting much attention in the media and it is tied to the presi­dential campaigns. The history concerning Jim Crow needs retelling and retelling.

However, Jim Crow is much larger than just during elec­tion cycles. It is also attached to the notion of America’s champi­oning of democracy around the world and the issue of their credi­bility in advocating the right of people everywhere to choose their leaders. It’s implications for vicious, racist behavior that has been the scourge of the American experience is inextricably connect­ed to a period that thoughtful Americans would like to erase.

Before coming to grips with Jim Crow’s place in American history, the period known as Reconstruction needs to be understood. This refers to the period immediately following the American Civil War when the country faced the challenge of bringing the states and citizens that had fought and died fighting each other into a united nation.

To make it successful, the federal government created various policies that affected all Americans. Many were designed to transition for­mer slaves into a free society with full citizenship. This period lasted from 1866 to 1877 and out of it came African Americans who won elected office including some at the U.S. Senatorial and Congressional levels.

It wasn’t long, however, for whites, countless numbers of whom were immigrants or second-generation Americans, to become resentful of these achievements and organized to deny these positions to African Americans and their freedom at every level. This period of extreme hostility towards African Americans coincided with the appearance of minstrel shows where whites dressed up with black face—using makeup to present themselves as blacks, but portrayed them as buffoons and stupid; an unlearned subhuman. They were relentless in presenting the race as lazy, sex-obsessed, and simple mind­ed.

The portrayals were seized upon by the white population who attached biblical passages to justify their racism and out of it came the horrors of the post Reconstruction era that gave us the Ku Klux Clan, lynching, and government endorsed and enforced segregation.

The man responsible for propagandizing these images was Thomas Dartmouth Rice who, it is said, over heard a black person singing a little ditty in which the words Jim Crow was mentioned. Rice appeared on stage in New York as the first-known white person to have performed in black face singing and dancing to the song with the words Jim Crow in it.
Because the song and on-stage portrayal actually demeaned African Americans and presented them in a very unattractive and nega­tive light, the words became attached to the period of horrific racist experi­ences for African Americans.

This period was marked by a rigid denial of the right to vote. White-only drinking fountains appeared everywhere. African Americans had to use the rear entrances to places to obtain services or be served outside.

The schools were segregat­ed and it was impossible to spend a night in a hotel. The black man was referred to as “boy.” The “n” word was common conversation even when face-to-face with a black per­son. The justice system was rigged against African Americans and employment was virtually out of the question if you had to work along­side whites as their equal.

It lasted up to the signing of the Voting Rights Act by President Lyndon Johnson in 1965.