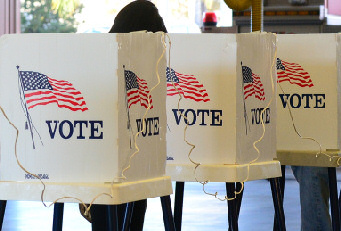 By Mary Walton
The America that shows its shining light on us in our island country also pushes and pulls us to leave our island in the sun to immigrate to the USA. Now the same “America” is planning to push us out after our hard work, contributing and helping to make America great!

For example, Caribbean and all other immigrants are working in industries under some harsh and objectionable conditions. They work in the elderly care industry; homecare and housekeeping; as nurses’ aides; and many are employed in jobs, other Americans don’t care to do, or refuse to do.

Now, these immigrants are being pushed out of America, which is their country too—they are a big slice of the landscape and essential fabric of America—their “home away from home.” Caribbean immigrants are among those who are rapidly becoming citizens of the United States. These immigrants, along with others, are among the voter registration surge in Connecticut, together they are making a difference.

The facts are that the United States is drastically cutting back on the number of legal immigrants coming to the United States—huge cutbacks are imposed on family reunification. The government will continue to push back on all types of visa applications for husbands and wives, parents and grandparents, uncles and aunts, soon visas to many will be no more when the doors are fully closed.

So what can you, as Caribbean immigrant, do in view of the upcoming election on Tuesday, November 6, 2018? Now that you are among the wise Caribbeanites who have become citizens of the United States, you must take a few minutes, register to vote and be sure you vote.

Connecticut residents are fired up, determined to take a stand at the polls on November 6. This is one time you can exercise the power of your vote—no one can take the power of your one vote from you. You have all the rights to vote.

Don’t like the way the country is going? Then take matters into your own hands. Go to the polls on November 6 and vote. It is your right to vote.

In view of the upcoming election November 6, there has been a surge in voter registration covering all of Connecticut’s counties. People are interested in politics than ever before. They want their voices to be heard. Hence, they are making sure they are registered to vote on November 6.

There is a special outcry to all Caribbean immigrants who are U.S citizens—English-, Spanish-, French-, Dutch-, Creole- and Patois-speaking, make sure you are registered to vote and vote. Your voices will not be heard unless you become a U.S citizen and vote.

Why are politicians spending some $21 million for online ads in November? They know that your one vote is very, very important. So if your one vote is so important, what about all the votes of the Caribbean voters in the Greater Hartford region. We need the commitment from a bloc of voters, bonded to vote for politicians who are interested in the Caribbean immigrants’ interests and causes?

Take into consideration the Greater Hartford Caribbean population, can you imagine what would happen if they come together and become a bloc of voters for certain political candidates! This would revolutionize the region—they would have a voice around the table and would no longer be overlooked or passed over.

Why not now, aim at the election on November 6? Let’s turn up the heat on members of all the Caribbean clubs and organizations, churches, everywhere Caribbean folks come together, let’s get the message of voter registration out to all family members and friends, and the entire village of the community, making sure everyone is registered to vote and vote! It’s time the Caribbean community become engaged and with active representation in their community, making a difference. Vote November 6, 2018!