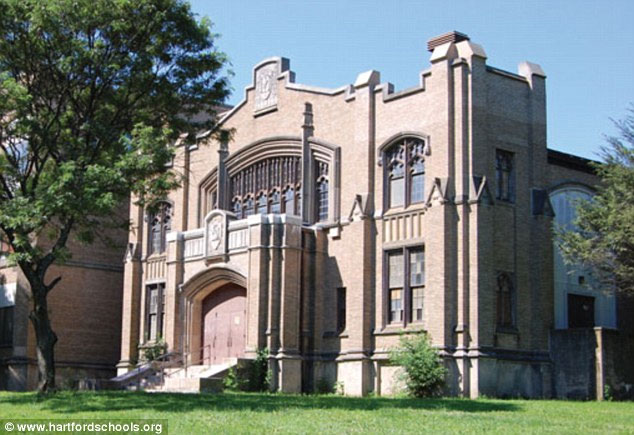 And while this search process for the next school chief advances, the question remains, what is the role of stakeholders — taxpay­ers, parents, business and community leaders?

Concurrently, a representa­tive group of stakeholders ought to be included in meeting and shaping a vision for the education of their chil­dren, ensuring that the stakeholders’ priorities, the community’s needs and expectations would be under­stood by the next school chief. And the stakeholders would be strategic in making their voices heard and focused on their deliberations.

Parents ought not to be taken as “creators in a laboratory” and whereby they are used for exper­imentations with the aim of sharpen­ing certain theories and assumptions to be put into practice without their input. Parents having a say is vital part of the process in making a school system work.

It is for this reason the Hartford community came down strongly, voicing negative feedbacks of Equity 2020. They saw them­selves as “creatures in a laboratory” of former School Chief Beth Schiavino-Narvaez with her district’s consultant-driven data, insensitive to the real needs and issues impacting parents and their children, under the assumption that they (the educational professionals) know what is best for the community, people affected by the Equity 2020 report.

Furthermore, an interesting point was the fact that Equity 2020 members were shocked when the consultants released and presented their report, some of the members were seeing the report for the very first time, they had no input, and they rejected the report.

The voices are getting louder, and the community is taking notes and demanding transparency. For example, certain Northend schools were put on the cutting block, including the Martin Luther King (MLK) Jr. Elementary School. And of all the schools, the one named after the father of the Civil Rights movement.

The school has significant numbers of new immigrant students’ enrollment and the numbers continue to increase. A past vice-principal shared the teachers’ frustration. As they worked hard and improved the skills of their students, Central siphoned the students to different schools as students’ scores improved. So the teachers are always playing catch-up. Besides, for exam­ple, the MLK students continue to be recruited directly by the area’s mag­net schools. And in spite of limited resources, including arts in after-school program, teachers worked hard to ensure students’ success. But the reality of the “robbing Peter to pay Paul syndrome” continues to have its toll on neighborhood schools.

What is more, the State Department of Education under the disguise to meet the requirement of the landmark Sheff v. O’Neil deseg­regation case ruling went on a mighty recruiting and marketing cam­paign, building magnificent and beautiful magnet schools, putting in place excellent curricula and resources to attract suburbanite stu­dents and students from Hartford Public Schools to create a balance in the student population. At the same time, funding and resources to the neighborhood schools continue to be drastically reduced. Little was done in terms of maintaining the infra­structure of the neighborhood schools to the extent that at MLK School in particular, the building appears old and dilapidated. Now Hartford schools are facing enroll­ment crisis and school closures.

Connecticut Superior Court Judge Thomas Moukawshe’s recent ruling spells out the facts that the state is defaulting children not providing adequate educational opportunities to all its students. There is an imbalance in the funding of rich versus poor schools amount­ing to millions of dollars. Thumbs up to Governor Dannel Malloy for his proposals to pump more money into the public school system, targeting the poor schools.

In particular, the time calls for the neighborhood stakeholders to be focused. Someone in pointing out the need for a class-action lawsuit in that the state has reneged and defaulted students in Hartford neigh­borhood schools, not providing ade­quate education, and educational opportunities to all students. And how much more alarming the finding that funding earmarked for the poor school districts now redirected to the rich school districts. Now the plan to deal with the economic plight of the city schools includes school closures. Again, the target is on the impover­ished, vulnerable neighborhood chil­dren and their helpless parents. Let’s not close the schools. Rather, invest in the best education for all students.

When students can read, write, understand math; learn the val­ues of a good education, going to col­lege, or exposed to career options in the trades, and other fields. The school is a critical infrastructure in the neighborhood. It enables students to succeed, ensuring the constitution­al rights to a quality and equal educa­tion for all students.

Having your neighborhood school represents the key fabrics that draw people to a community. And this builds the city’s economy, the real estate market, and truncates the school dropouts’ journey to the prison pipeline.

The neighborhood stake­holders ought not to sit by and allow dollars and cents to crumble our most powerful infrastructure. Let’s invest in our neighborhood schools. Let your voices be heard and recruit other parents to join in outlining and articulating the issues for the next school chief.

Let’s utilize all the social media outlets — radio, TV, person-to-person contacts on the importance of making one’s voice be heard, the power of education, and ensuring that all students succeed with a quality education. Also, this empowerment is preparation for the future. As regards those who are not yet naturalized citizens of the United States, let’s get them ready; show them the ropes to become active informed citizens with voices. Let’s save the neighborhood schools. They are the custodians of the core values for our children’s future and success. It’s time to organize the entire community and be proactive. Let’s ensure our neighborhood schools become centers of excellence in education and the education hall of fame for the future of our kids.