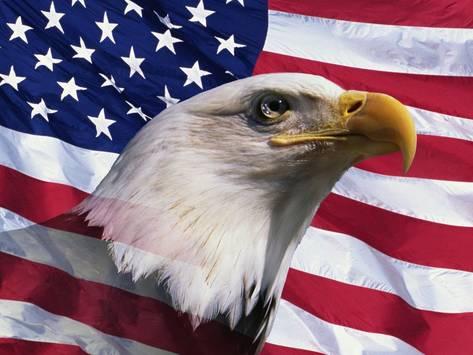 By Leon Fraser
In the USA today, there is a need for new and different approaches to the political cadres that have been involved in, and seem determined to keep themselves in the matrix of politics. This is not simply just for the current need; rather, it is of utmost importance to the longevity of the democratic principles that are being espoused in this country, and exported and reinforced in other countries. In my view, one facet of the political arena that I find lacking is the lack of the Afro-American influence.

To embark on a journey of political encapsulation with a bit of insulation similar to the process of the two major parties in this country, would require a seismic shift in the vision of the advancement that is not so obvious, or is willing to be embraced by the voters, unless it is packaged by and promoted by other ethnic groups.

Right now there seems to be a lack of credible individuals in the field of ‘wanna-be-elected’ officials. But no matter how bad they are, there is always an opening that they can do better with a suitable candidate. To be considered as a party with conviction and cause political contention, this new party must have a national platform and profile.

In my view, the group that seems able at this juncture in American nation building to put itself in a category of a credible party is the NAACP. The organization has branches and locations nationwide. It has a national face and is the oldest organization that services the needs of the people of African ancestry. For the NAACP to really be a good mover and shaker of the masses it must shed the historical baggage that seems to be bogging it down. The upper level management should begin to align itself and the agency as a political organization. There is no credible, public information that can prevent it from such a task, unless it was a caveat included in the order given when the “nice” philanthropist gave the seed money at Niagara.

To keep harping on as the oldest “black” organization in this country and choosing to remain as a clarion focusing on inequality, which is necessary, instead of eventually forging a path to political power that can create real change, is something that can cause well-thinking individuals in this country to have a head-scratching moment and a ‘what if thought.’

It is impossible to believe that in this time when there are more wealth and education among the dispossessed African-Americans such political leadership cannot be attained. It seems to me that the leadership is not willing to take the road to real power. To be endorsing candidates who continually take voters for granted and make decisions in rooms where there is no representation, these habits and trends cause much bewilderment.

It is not so much of a mystery when one reflects on the heritage of the NAACP, and the situation that pushed its rise to the forefront. The same circumstances that created the rise of another organization at the same time as the NAACP, led by an individual from the Island of Jamaica, was not glossed over by philanthropic benevolence. To dissuade individuals from joining this Improvement Association, methods of dirty tricks and subterfuge were used against the Jamaican migrant, now a national hero in Jamaica, to cause his deportation as much as it caused the “great leader” of the Advancement Association to seek refuge and solace in a distant country.

Not having the knowledge of how a political party is created, streamlined, and registered, I am assuming that there are certain procedures that must be followed to ensure legitimacy and proper protocol so as to ensure that there is a degree of privacy and decency in a political power piece.

There is also the availability of a broad spectrum of knowledge that can be used to convey information and enhance decisions and the decision-making processes so that the benefits are broad based. This is not a call for an all-black political party, but it could be a call for a party that has a predominantly Afro-American leadership and the decision-making body that has a wider chance of having individuals to share the experience of the voters they wish to reach. The upper echelon of the current political parties might have a sprinkling of others, but the real decision-making rests with Euro-Americans who usually have the last word.

I see no reason why we as a minority ethnic group cannot galvanize a large political group that has some semblance of the pain and suffering experienced by us as a people. I know we have earned it. No matter how well thinking our Caucasian peers and cousins commiserate with us, it is not the same if you are the victim. One cannot say, “I know how you feel” if he/she has never experienced what you are feeling. A well-thinking man cannot tell a woman that he knows how she feels in the case of childbirth. Similarly, an African American stopped and frisked or profiled and stopped on the highway just for driving an expensive car, cannot feel supported by a Caucasian who says he knows how you feel.

It is time to step up the game and make demands for more political power. And if there is not enough room at the table, build a bigger table. It is time for the NAACP to position itself as a political party; to disregard the philosophy of some of the scholars who are all schooled in the diligence of their former owners and families; break free and blaze its own trails; purge itself of the historical baggage that has been dragging it down; make the necessary bold statements that is crucial to transparency would be cathartic; begin the process of seeking to blaze a new frontier; repay the seed money it got from whoever it was that gave the money; review the speeches and philosophy of the great Marcus Garvey; review the private notes of the only woman that was part of the Niagara Association; find out why she left and make every effort to burnish the next 100 years of the people of African descent in this country.

The rise of the former President Barack Obama should be used as a point of reference from which to draw solace and comfort; build up on the slavery memories; create new and better historical references of greatness of people of African ancestry. The mold that was continually used was smashed like a potter’s vessel when Obama was elected; he created a new image of what is black in this country. Build on it.